MEET THE OUT OF NIGERIA TEAM

Fodeks is an easy going and optimistic member of the team. A former professional cricket player, he hails from the Northern Nigerian state of Kwara but now runs a successful interior design company in Lagos. 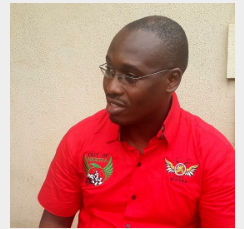 Fodeks' passions are his family, including his three children and his charity work but it is his adventurous streak combined with his love of riding bikes that drove him to take on this mammoth trip.

Always on the look out for the next challenge, Fodeks feels that he needs a break from his daily routine and is looking forward to a new sense of perspective that he hopes this experience will bring. But most of all he hopes to set an example for others to follow and to prove to young people that anything is possible if you open your mind to new possibilities.

Encouraged by the support of his family (except his mum who thinks he's lost his mind!), Fodeks' unfailing positive attitude will be essential in keeping up the spirits of the whole team on what will surely prove to be the biggest challenge of their lives to date. But will the trials and tribulations of adventure motorcycling prove too much for even Fodeks' permanent smile? Stay tuned to find out. 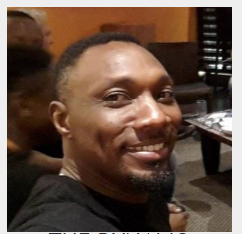 Toyin Adebola is the driving force behind the Out of Nigeria adventure. He is a real human dynamo with an endless supply of energy. Have you ever heard the phrase ‘If you want something done ask a busy man’? Well Toyin is that busy man and he certainly gets things done! Not only does he run a successful international business managing cutting edge Hydro-carbon Waste Management treatment facilities he is also a singer and musician, a passionate motorcycle buff, a husband and a father of three.

Toyin was born into a large family, the eldest of ten children in the ancient city of Kano, in Northern Nigeria. As the eldest with working parents he had a lot of responsibility, juggling babysitting, cooking, housekeeping and running errands from the age of nine (which may be why he is so good at multitasking as an adult!). He moved schools a lot in the early years as his father was a teacher and had to follow his work but having completed his university degree, Toyin moved to the capital Lagos in 1992 where he began an extensive professional career.

This trip will be the biggest and most adventurous thing in Toyin’s life. He is looking forward to the shear challenge of motorcycling round the world but his real inspiration is to show the world another side to Nigeria and Africa and to change people’s perceptions. 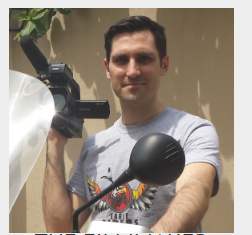 Raph is one of the Co-Directors of Tanglewood has been working in the TV & video industry for over 15 years. Raph also has a reputation as an accomplished broadcast editor for ITV, ITN, Al Jazeera and BBC. Raph has had a love of riding motorbikes for 17 years, he loves nothing more than filming motorbike documentaries in particular off road biking. For Raph this trip is a dream come true combining his two passions, filmmaking and adventure motorcycling. 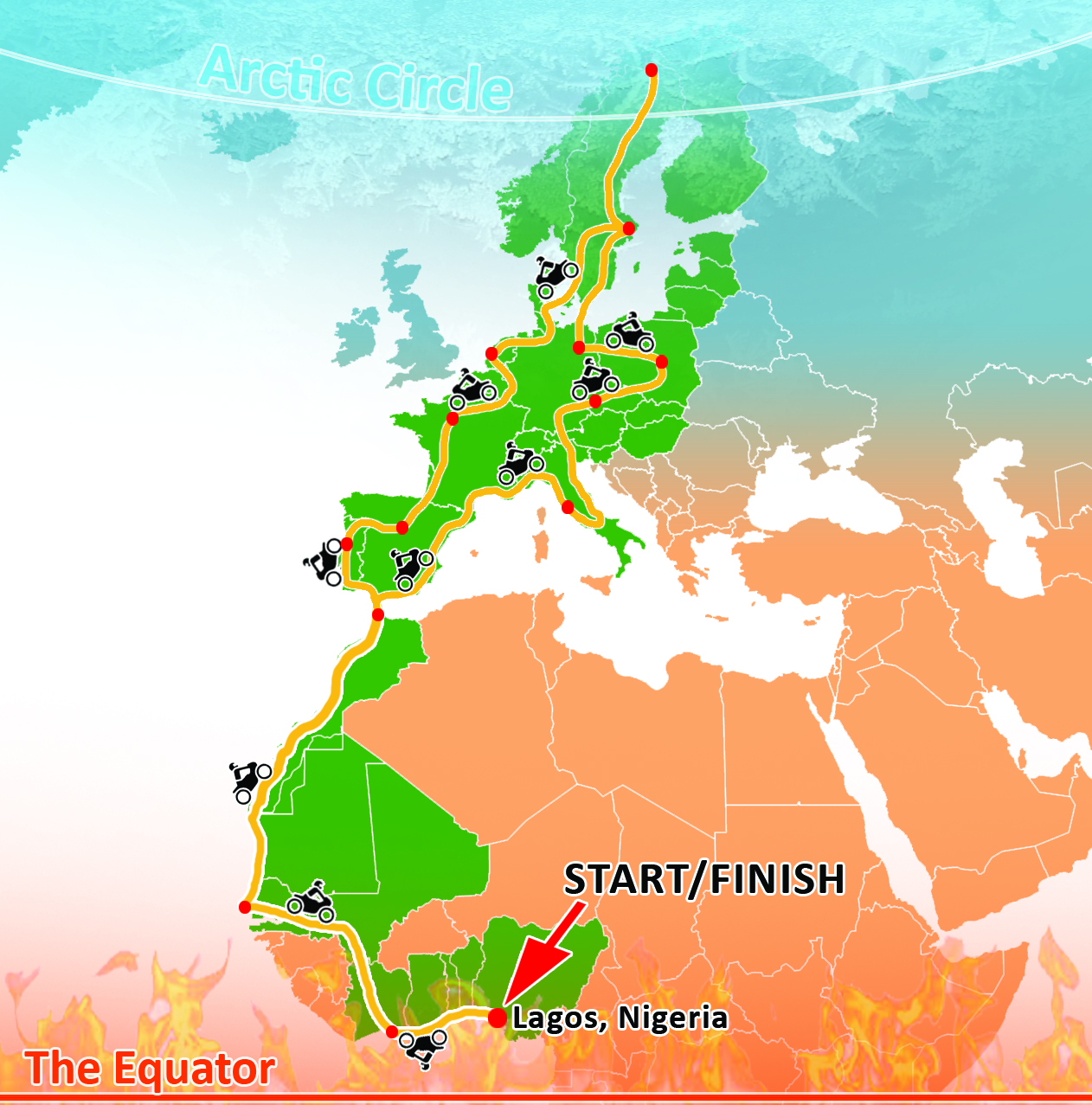 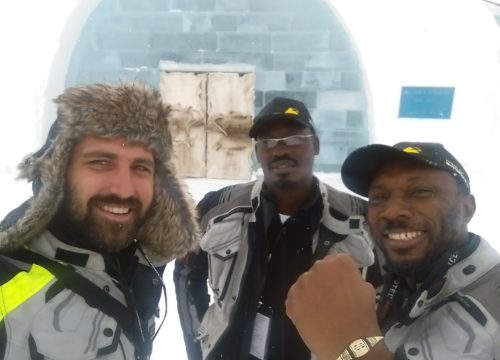 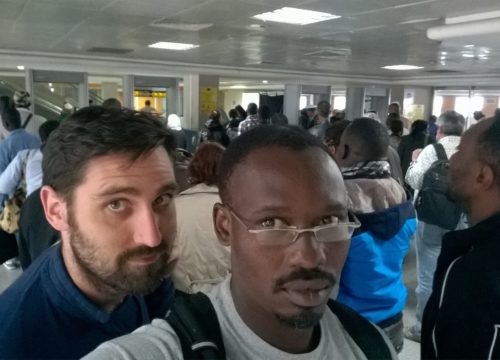 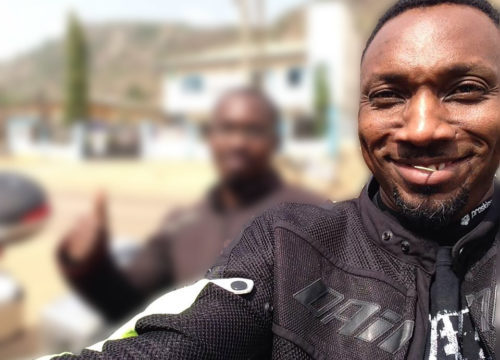 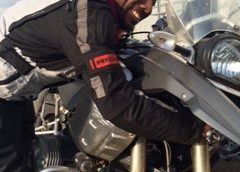 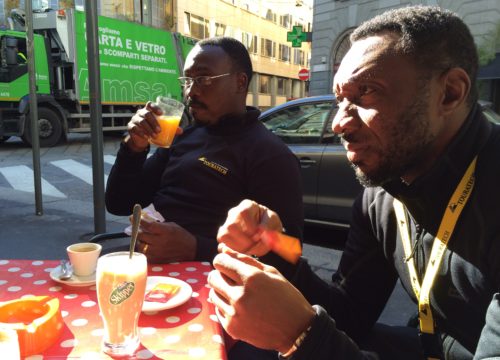 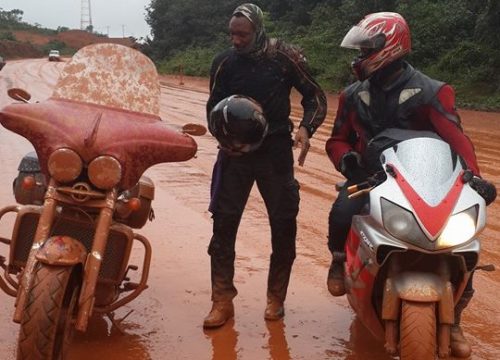 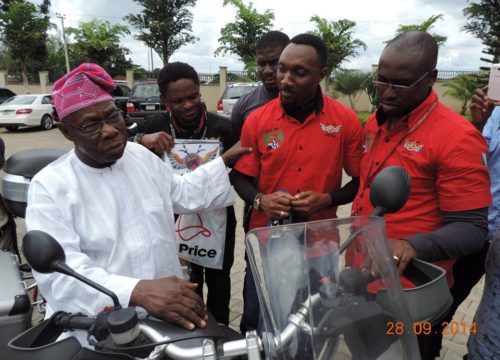 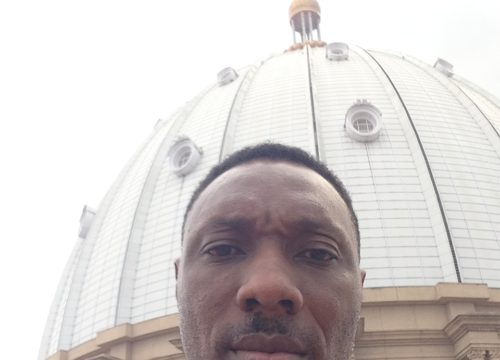 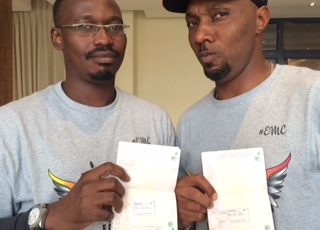